Stampingbella stamps for the family

I cannot believe its almost 9 months since I put up a post on my 2nd blog, its been a busy 9 months and luckily I have now had my 2nd covid jab and hopefully within a couple of weeks I will have full immunity and then maybe I can start to relax more.
Anyway I happened to see some really love family sentiment and stamps from Stampingbella, luckily 2 of my stamps have arrived and I was able to go ahead and create the two cards below, but unfortunately the other four that I also ordered at the moment seem to have gone astray somewhere in the post, I just hope they arrive soon as I naughtily spend more than I should on them and I'm not going to be very happy if they don't arrive as they are really lovely. 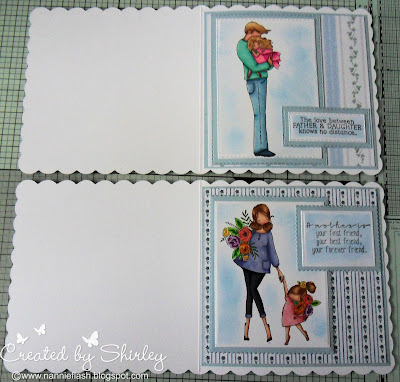 I stamped both the stamps onto white card then used my copic pens to colour both, afterwards I used a rectangle die to cut them both out. The sentiments were then also stamped onto white card and mounted onto blue card.
The base cards are 6"x 6" white cards with scalloped edges, I used blue card for a first mount on both of cards then I used some backing papers from Sue Bottles which I printed and cut to fit the base mount and afterwards I placed both of my mounted images towards the left with the sentiment in the spaces on the right.
I sincerely hope you like the end result.

Posted by Nannieflash at 10:18 No comments: 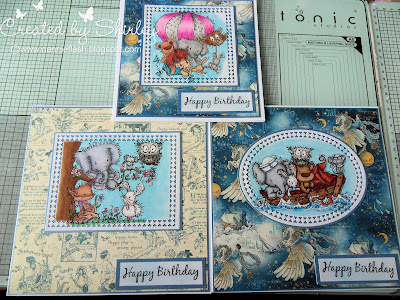 They are titled at the top "In a Pickle" left bottom "Hanging around" and the one of the right is "Sink or Swim" I love the way you can tell a story with them, theyve all be stamped onto white card and coloured with my copic pens, and they were all cut out with the Spellbinders dies.
Each of them I have used Graphic 45 papers and two with the "Dreamland" one and the other is from "Childrens Hour" I love the designs of them and hope they at least cover the images in someway.
Hope you like them.

I fell in love with the image below, Im a right fairy believer since I was a little girl and love reading stories about them so it doesnt take much imagination as to why I wanted to colour this to. 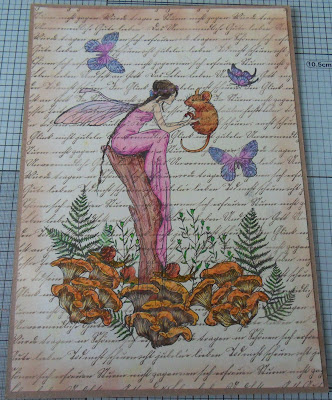 I stamped the image onto a sheet of printing as I didnt have a book page big enough to use, I then used my colouring pencils to colour it and they are Karisma, Caran Dache Luminace, Prismacolour, Arteza, Karima and Lyra, I have quite a selection of different makes and they all have a different way of laying down.
Hope you like the end result.

Hi to all Crafters, 2 different uses of pencils

Good Morning Crafters, its been at least a couple of months since I wrote up and published a post for here, I seem to have lost my mojo to be honest and just been creating a bulk lot of different cards for birthdays, anniversarys and even Xmas Cards. But I did decide last week after seeing a card created with pencils on craft card that I would give it a go.
Also if your anything like myself and hubby we are starting to get a bit stir crazy having to self isolate and not being able just to get in the car and go of and do a decent shop, I have had terrible time trying to find delivery slots for our food, but luck was in I did find one last night and now have to wait until the 10th May before it eventually arrives, luckily I do a months shop and a time so have enough goodies in the fridge, freezer and cupboard to cover our needs till the shopping eventually arrives. 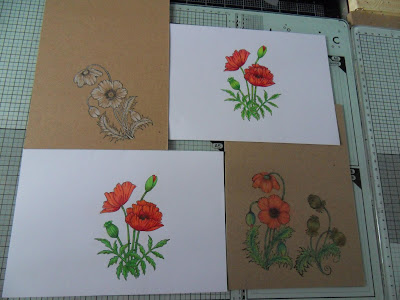 The above image the poppy is what I saw on the card and the one I decided to use for my own cards
I have also used a selection of pastels for the craft card and for the white card I used polychromos pencils.
The two craft card images I created by using a Heartfelt stamp which I stamped onto the craft card by Crafters Companion and then for one I used just a white pastel pencil by Derwent, and to be honest because I don't have so many colours I used what I have to colour the other these ones are by Creata.
The white card images are a download from Fred she Said and I printed it twice onto the white card which for these two I used card from Rymans, its a 200gsm smooth card though it probably would have been better on a slightly rougher textured one but it worked.
I then used several different pencils by Polychromo, Karisma and Caran Dache Luminance, I love each of them for different reasons, some are waxy and others smoother, its how they lay down and shade.
Now I have to create 4 cards with the images, not sure how I shall eventually do that but I suppose I had better put my designing head on.

Since writing my last post in November I have become a Great Grandmother to my forth great grandson and hes the son on my youngest Granddaughter shes created a beautiful little boy Elijah Anthony, and he weighted in at 8lbs 5ozs quite a big boy for her first baby but being  a young lady Im sure she coped well. 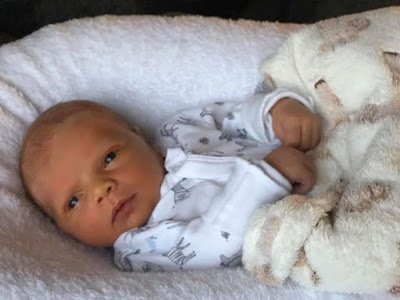 Being selfish I was hoping that it would be a little girl but no it seems like my Grandsons (5) and Granddaughters (2) and now 4 Great Grandsons, its not to be, maybe one day in the future one might appear.

My goodness what a long time its been

I cannot believe it taken me so long to write a post for my 2nd blog, so much has happened in the last 6 months, the dog has improved quite a bit but is still a dog with hyper activity problems hes always on the go, but very clever as you see in the photos below. 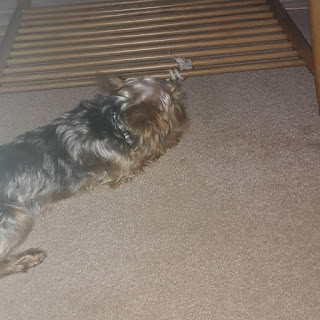 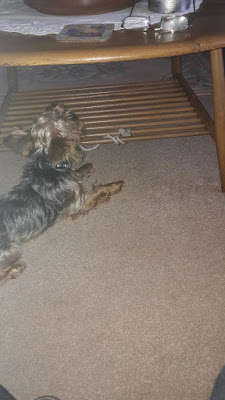 He wrapped his pulling string around the shelf all by himself, not sure how he worked it out but I think hes a very clever lad.
We have had a rather stressful month and this is because I agreed for the local Housing Association to renew my kitchen but I wished now I had met someone who had already had it done as Ive lost quite a lot of storage space, plus which my hubby has had to put extra shelves in them for those that I do have just didn't have enough storage at all, and on top of this we have had to pay for a tiler to finish of tiling the space that they didn't do, this alone was £250.00 that's on top of the new blinds, new carpet runners, and paint and paid for someone to come and do it as the HA doesn't do that now, as I said I wished I hadn't had it done as to be honest the standard of the cupboard finishes leave a lot to be desired and to honest I cannot see them being as hard wearing as the last ones we had, and they lasted 15 years.
But I suppose you cannot expect anything else from HA they are not going to buy the best grade of cupboard for the likes of us are they, and the thing I find most upsetting is that told me that I would love them, but guess what I'm not all that enamored with them for sure and the biggest heartache is the fact my once upon a time slot in cooker (halogen) is now a stand alone one with a 3cms gap all around it even at the back, and guess what all the rubbish drops behind it and we are going to have to pull it out regularly to clean up all that, not much fun with us in our 70s.
Anyway I suppose I will just have to grin and bear it, though I have made a huge complaint to the HA and I will follow it up in a couple of weeks to see if they are going to do anything about it.

Sorry again for the delay in posting

As you are aware we are struggling a bit with our new puppy, hes so full of energy and if we are not careful a bit lapse in the house training, though on the most hes pretty good especially if I dont forget to leave him means of getting outside into the garden, unfortunately hes so quick to escape our clutches that we have to peg him in when taking out other dog out for a walk, of well lets hope he improves with age like a good wine, and hes still only 5 and half months old what do you expect.
Anyway I have tried to get ahead with a few Anniversary cards and here they are 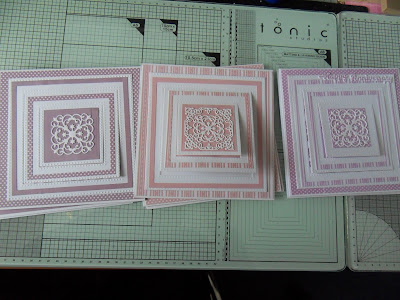 These have been created with Spellbinders dies and The Paper Boutique paper pad, there is now 12 of them altogether and Im quite pleased with the end result, as you can see some of them dont as yet have the sentiment on, I did finish them off and put inserts into them before putting them with the rest of my stash of cards.
I will try to come back soon, but please be patient with me, Im also have physio to help with my Vertigo and only get a couple of hours a day to get any crafting.