My Card for the Sugar Bowl 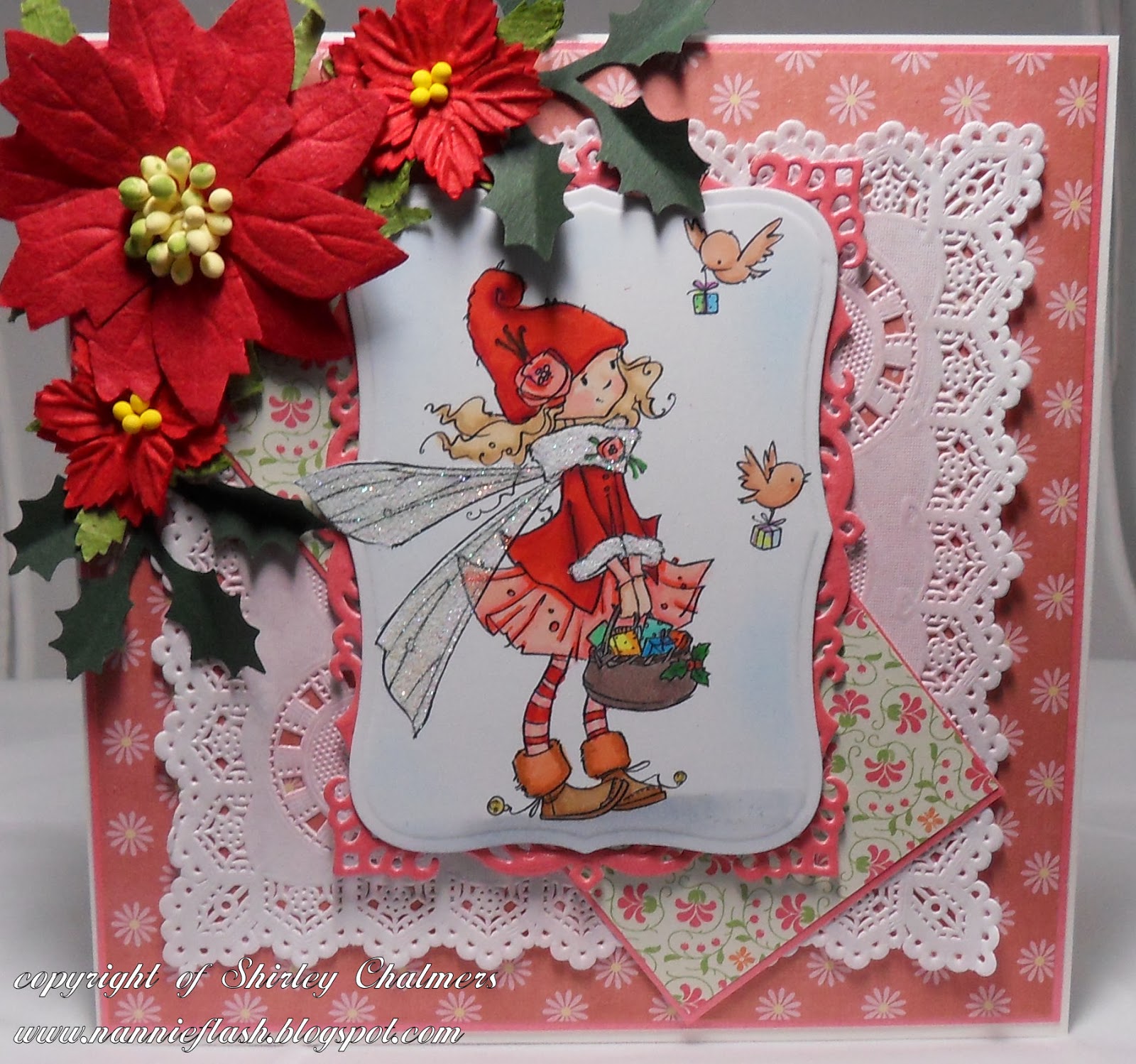 Posted by Nannieflash at 14:12

a beautiful card,..... I bought these new images this morning lol
Tilly

Gorgeous, love the image and fab doily and flowers

Thanks for entering your lovely card for CHNC challenge 152 - you could also enter this into my CHNC challenge extra for November - I'd love to see it there too. x

This is such a lovely card Shirley, I love your sweet image and pretty doily and embellishments.
Pauline
x

Beautifully coloured and I love the doily details and the poinsettas.Thank you for joining us at Inkspirational Challenges. Come back next time! Marina

Absolutely gorgeous Shirley.
And how quick are you!!!
Love the colours and the pretty poinsettias.

Such a pretty card Shirley. I love both the cards you've done with the new fairies. They really are delish. Hugs, Wends x

Such a beautiful card! Thank you for sharing it with us at My Time To Craft!

Just gorgeous - such a pretty image and a beautiful card.

Thanks for joining us at A Gem of a Challenge.

This is just gorgeous!!! Love the red!! Thanks for joining us in the sugar bowl. Hugs Juls

Thanks for entering this delightful card for my CHNC challenge extra for November - hope to see you again soon. x

Lovely card Shirley. Love the image and the colour combo of the pink and red. Wonderful layout. Thanks for sharing with at Inkspirational. We hope to see you again soon. Meighan DT

Beautiful card! Love the touches of glitter. Thanks for joining us at CMC.